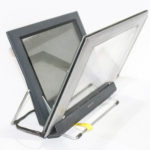 HP 4670 Scaaner – A compact see-through scanner which could be operated in any postion made the digitization of thick books like Bhasakosha possible. It could be placed on the book with the scanning face down and its position adjusted visually (image below). 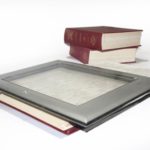 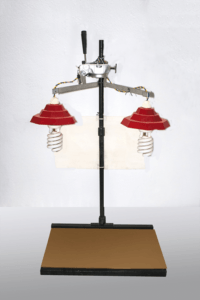 Low cost self fabricated imaging unit with which lakhs of Odia pages have been digitized.

The main group behind the ‘Odia Bibhaba’ website is Srujanika, an academic group interested in science, education and development. It consists of mostly volunteers who are interested in using their professional expertise for a broader public cause.

Conceived around 1980, Srujanika evolved as a functional group during 1983-84 and was formalised as a Society for Research and Innovation in Science, Education and Development in 1987. Its objective, in the broadest sense, was Learning With Things Around. Operationally, it tried to create an excitement about and deeper appreciation for science in the young minds. Sensitizing the adults about this work and involving them in the process was an essential component.

Personal interaction with the children and adults through hands-on activities using easily available material was the main approach. This was done through camps, workshops and informal short sessions and was supplemented with publication of illustrated manuals as well as other resource materials. Science toys and kits, posters, slides etc. played a role in taking science beyond the classroom. A magazine ‘Bigyan Tarang’ played a central role in linking all these activities and acted as a medium of interaction among the readers/workers.

Odia language, being central to this work, became a subject of deeper study for the senior workers. Developing simple linguistic style and common words for presenting matters science was a general area of emphasis. As a result two special projects emerged: 1. compiling the science articles written in Odia language, and 2. examining the available dictionaries for scientific terminology and explanations. The latter work bought us into intimate contact with the Purnachandra Odia Bhasakosha and its rich science content.

One thing became painfully apparent from this endeavour – it is extremely difficult to get access to the copies of old Odia publications. Many were lost for ever. The few copies of that existed were scattered over locations and access to many were often denied. This led to the thought of preserving and aggregating these rare resources in digital form. That was the year 2004 when project Rebati was born.

Computer based digitization is quite common now. But in 2004 it was unheard of in Odisha and the required equipment was quite expensive. In keeping with Srujanika’s approach to doing science in a low cost way alterante approaches were explored and a low-cost home-made setup could be developed (image on the left). This, along with some opensource software, laid the foundation for the digital preservation of Odia printed materials.

The first result of this effort was the digital version of the Purnachandra Odia Bhasakosha, probably the most important work in Odia language, in 2006. This was followed by several other compilations including a major one – Digital Compilation of Odia Periodicals, 1856-1950 – consisting of 1,30,000 pages along with chronological and author indexes. Compilations of the works of individual authors or institutions formed another group of digital product.

So far about 10 lakh pages of material in Odia or relating to it have been digitized. Of these about half have been released on physical media like CD/DVD/FlashDrive. It is hoped to host all these and the ones being added on this website as a valuable component of Odia Treasures.