The name Faturananda (Ramachandra Mishra, 1915-1995) is synonymous with satire in Odia literature. His real name is Ramachandra Misra. Born on 1st June, 1915 at Jhanjiri Mangala in Cuttack town, he went on to study medicine after his early schooling. But he was barred from practicing as be contracted Hanson’s disease (leprosy). Although he got back his right to practice after a long legal battle, having been cured of the disease, he opted not to do so.


He took up writing instead and started a new era in Odia literature by introducing humor and satire in his writings which covered different forms like novel, poetry, drama and story. But he is best remembered for his numerous stories with most amusing plots and characters. He was deeply influenced by a senior writer and humourist of the time Kantakabi Laxmikanta Mahapatra and found Kantakabi’s magazine Dagaro as a vehicle for his writings. He also became involved in running and editing the magazine at a later time. 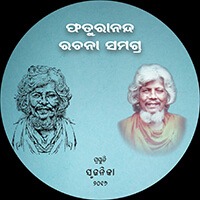 Towards the end of his life, he was not keeping good health and lost his eyesight. Hence he had to depend on others to write down his dictations, but managed to remain active in his literary work.

Having carved out a permanent place for himself in the field of Odia literature, particularly satire and humor literature, he influenced a new generation of younger writers to continue such writings.


Digital versions of Faturananda’s writings can be accessed via the table below which provides links for opening/previewing/downloading these.