Attempts were made for publishing periodicals following the availability of printing facility within Odisha. Three such experiments were undertaken between 1849 and 1861, but only a few issues of the second attempt – Prabodh Chandrika, 1856 – are available to the public in a reprinted form, the original copies being held captive in private hands. The first literary magazine – Utkal Darpan, 1856 – suffers a similar fate. This page serves as a gateway to the digital copies of whatever is available of these early magazines. These can be accessed via the links that follow.

Sample pages provided can give an idea about the contents and the quality of the digital copies before downloading the larger files. Clicking on the sample links will open the files in a new browser tab. 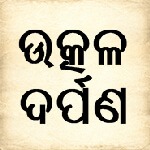 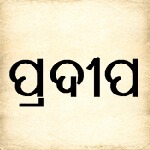 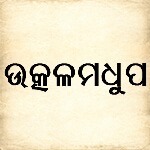 Monthly magazine published in 1856, edited by Rev. W. C. Lacey. Although it was a magazine published by the christian missionaries it declared that its objective is to educate the public and spread awareness about health, science etc. among them. It carried news items and short articles on a variety of topics. The magazine survived for three years only.

Utkal Darpan
Publication of Utkal Darpan started in 1873, a year after Baleswar Sambadabahika became a weekly. It started as a monthly literary magazine – the first in Odia language – but became a fortnightly newspaper in 1975. It stopped publication in 1885. Indraballav Vattacharya was its editor. The first articles of Radhanath Roy was published in it. Its chief role was to create many new writers. It carried articles on various topics and covered areas like culture, literature, social situations, science etc. Book reveiws formed a regular part of its contents. Utkal Darpan is credited to have created/nurtured the first group of writers in modern odia literature.

Launched in 1878 under the editorship of Gopalchandra Dutta as the first editor. Krushnachandra Pattnaik took over as the editor in its second year of publication. It featured modern and theme based poetry, novels, scientific and thought provoking essays, discussions and book reviews etc. Ramashankar Ray was the main contributor to the magazine. Lack of readership and financial problems were the main reason for the magazine’s closure. But the prevelant conflit relating to the obscene nature of classical literature was also a possible reason for its demise.

Pradeepa
Started in 1885 with Baikunthanath Dutta as its editor. The magazine had a dedicated group of writers but the published articles were not attributed to the individuals by name. The contents were literary and critique oriented and the quality of the writings were better than those in its predecessors. It gave lesser amount of space for poetry and novels. The magazine’s language was simple.

Asha
Monthly religious and literary magazine published in the year 1888 was managed by Bramhasamaja. Sadhu Charan Ray and Madhusudan Rao were the editors of this magazine during 1888-90. Reba Ray was the editor during the In second phase (1892-99) of its publication. It carreied articles on women’s education and empowerment as well as on the family values relating to mother and child. Articles on cooking were published regularly. On the whole Asha was the first Odia magazine addressed to women’s life and to be edited by a woman.

Indradhanu
Indradhanu was launched in 1893 as a separate publication with the support of Utkal Dipika. Attempt was made to print the early issues on coloured paper – each issue being in one of the seven colours of the rainbow. The magazine had declared itself to be a publication of irregular periodicity like the rainbow and carried articles in support of the classical literature, particulaly the writings of Upendra Bhanja. It also featured some other writings like essay, short biography, comedy and poem. In spite of its limited literary objectives, Indradhanu played an important role in sustaining literary debate and made significant contributions to Odia literature in general.